An extreme heat wave swept across much of Western Europe on July 18 and 19, hitting some of the largest metropolitan areas such as Frankfurt, London, Amsterdam and Paris — which are also global data center hubs with hundreds of megawatts of capacity each. In the London area, temperatures at Heathrow Airport surpassed 40°C / 104°F to set an all-time record for the United Kingdom.

Other areas in the UK and continental Europe did not see new records only because of the heatwave in July 2019 that caused historical highs in Germany, France and the Netherlands, among other countries. Since most data centers in operation were built before 2019, this most recent heatwave either approached or surpassed design specifications for ambient operating temperatures.

Extreme heat stresses cooling systems by making components, such as compressors, pumps and fans, work harder than usual, which increases the likelihood of failures. Failures happen not only because of increased wear on the cooling equipment, but also due to lack of maintenance which includes regular cleaning of heat exchange coils. Most susceptible are air-cooled mechanical compressors in direct-expansion (DX) units and water chillers without economizers. DX cooling systems are more likely to rely on the ambient air for heat ejection as they tend to be relatively small in scale, and often installed in buildings that do not lend themselves to larger cooling infrastructure that is required for evaporative cooling units.

Cooling is not the only component at risk of exposure to extreme heat. Any external power equipment, such as backup power generators, is also susceptible. If a utility grid falters amid extreme temperature and the generator needs to take the load, it may not be able to deliver full nameplate power and it may even shut down to avoid damage from overheating.

Although some cloud service providers, reportedly, saw disruption due to thermal events in recent weeks, most data centers likely made it through the heatwave without a major incident. Redundancy in power and cooling, combined with good upkeep of equipment, should nearly eliminate the chances of an outage even if some components fail. Many operators have additional cushion because data centers typically don’t run at full utilization – tapping into extra cooling capacity that is normally in reserve can help maintain acceptable data hall temperatures during the peak of a heatwave. In contrast, cloud providers tend to drive their IT infrastructure harder, leaving less margin for error.

As the effects of climate change become more pronounced, making extreme weather events more likely, operators may need to revisit the climate resiliency of their sites. Uptime Institute recommends reassessing climatic conditions for each site regularly. Design conditions against which the data center was built may be out of date — in some cases by more than a decade. This can adversely impact a data center’s ability to support the original design load, even if there are no failures. And a loss of capacity may mean losing some redundancy in the event of an equipment failure. Should that coincide with high utilization of the infrastructure, a data center may not have sufficient reserves to maintain the load.

Operators have several potential responses to choose from, depending on the business case and the technical reality of the facility. One is to derate the maximum capacity of the facility with the view that its original sizing will not be needed. Operators can also decide to increase target supply air temperature or allow to rise temporarily wherever there is headroom (e.g., from 70°F / 21°C to 75°F / 24°C), to reduce the load on cooling systems and maintain full capacity. This could also involve elevating chilled water temperatures if there is sufficient pumping capacity. Another option is to tap into some of the redundancy to bring more cooling capacity online, including the option to operate at N capacity (no redundancy) on a temporary basis.

A lesson from recent heatwaves in Europe is that temperature extremes did not coincide with high humidity levels. This means that evaporative (and adiabatic) cooling systems remained highly effective throughout, and within design conditions for wet bulb (the lowest temperature of ambient air when fully saturated with moisture). Adding sprinkler systems to DX and chiller units, or evaporative economizers to the heat rejection loop will be attractive for many.

Longer term, the threat of climate change will likely prompt further adjustments in data centers. The difficulty (or even impossibility) of modeling future extreme weather events mean that hardening infrastructure against them may require operators to reconsider siting decisions, and / or adopt major changes to their cooling strategies, such as heat rejection into bodies of water and the transition to direct liquid cooling of IT systems.

Uptime’s team of global consultants has inspected and certified thousands of enterprise-grade data center facilities worldwide, thoroughly evaluating considerations around extreme outside temperature fluctuations and hundreds of other risk areas at every site. Our Data Center Risk Assessment brings this expertise directly to owners and operators, resulting in a comprehensive review of your facility’s infrastructure, mechanical systems and operations protocols. Learn more here. 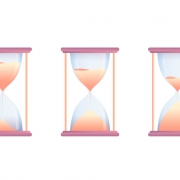 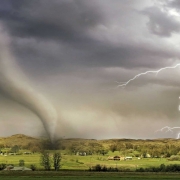 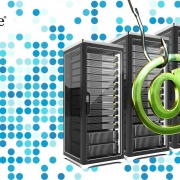 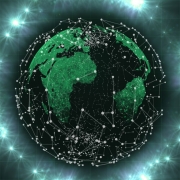