Technology giants such as Microsoft or IBM didn’t view Amazon as a threat when it launched its cloud business unit Amazon Web Services (AWS) in 2006. As a result, AWS has a significant first to market advantage with more services, more variations in more regions and more cloud revenue than any other cloud provider. Today, industry estimates suggest AWS has about 33% market share of the global infrastructure as a service and platform as a service market, followed by Microsoft with about 20%, Google with 10%, Alibaba with 5% and IBM with 4%. Will AWS continue to dominate and, if so, what does this mean for cloud users?

Amazon has been successful by applying the same principles it uses in its retail business to its cloud business. AWS, just like the retailer Amazon.com, provides users with an extensive range of products to fit a wide range of needs that are purchased easily with a credit card and delivered rapidly.

Amazon.com has made big investments in automation and efficiency, not only to squeeze costs so its products are competitively priced, but also to meet consumer demand. Considering the range of products for sale on Amazon.com, the many regions it operates and the number of customers it serves, the company needs to operate efficiently at scale to deliver a consistent user experience — regardless of demand. AWS gives users access to many of the same innovations used to power Amazon.com so they can build their own applications that operate effectively at scale, with a simple purchase process and quick delivery.

AWS is sticking with this strategy of domination by aiming to be a one-stop-shop for all IT products and services and the de facto choice for enterprise technology needs. Amazon’s vast empire, however, is also its most significant barrier. The global brand has interests in retail, video streaming, entertainment, telecom, publishing, supermarkets and, more recently, healthcare. Many competitors in a range of diverse industries don’t want to rely on Amazon’s cloud computing brand to deliver its mission-critical applications.

Microsoft was relatively slow to see Amazon looming but launched its own cloud service Azure in 2010. The advantage Microsoft Azure has over AWS is its incumbent position in enterprise software and its business focus. Few organizations have no Microsoft relationship due to the popularity of Windows and Microsoft 365 (formerly Office 365). Existing Microsoft customers represent a vast engaged audience for upselling cloud computing.

Arguably, Microsoft isn’t particularly innovative in cloud computing, but it is striving to keep pace with AWS. By integrating its cloud services with software (e.g., Microsoft 365 and OneDrive), Azure wants to be the obvious choice for users already using Microsoft products and services. The company has a natural affinity for hybrid deployments, being a supplier of on-premises software and cloud services, which should be able to work better together.

Microsoft, unlike its biggest rivals in cloud, can offer financial benefits to its enterprise software users. For example, it allows porting of licenses between on-premises and cloud environments. With the aggregate effect of software and cloud spending, Microsoft can also offer large discounts to big spenders. Its strategy is to remove barriers to adoption by way of integration and licensing benefits, and to sell through existing relationships.

Like Amazon, Google has a core web business (search and advertising) that operates at huge scale. Like Amazon also, is Google’s need for a consistent user experience regardless of demand. This requirement to operate effectively at scale drives Google’s innovation, which often provides the basis for new cloud services. Google has a reputation for open-source and cloud-native developments, a key example being Kubernetes, the now de facto container orchestration platform. Its open-source approach wins favor from developers.

However, Google remains primarily a consumer business with little relationship management experience with organizations. Its support and professional services reputation has yet to be fully established. To the chagrin of many of its cloud customers, it has turned off services and increased prices. While winning some big-name brands as cloud customers over the past few years has helped it be perceived as more enterprise focused, Google Cloud Platform’s relationship management is still a work in progress.

Alibaba has a natural incumbent position in China. It has also expanded its data centers beyond Chinese borders to allow Chinese-based companies to expand into other regions more easily. As an online retailer that now offers cloud services, Alibaba’s approach has many similarities with AWS’ — but is targeted primarily toward Chinese-based customers.

Much like a systems integrator, IBM wants to be a trusted advisor that combines hardware, software and cloud services for specific customer use-cases and requirements. It has strong relationships with enterprises and government bodies, and credentials in meeting complex requirements. In practice, though, IBM’s vast range of products (new and legacy) is difficult to navigate. The story around its range is not clear or joined up. However, its acquisition of Red Hat in 2019 is helping the company develop its hybrid cloud story and open-source credentials.

How will the market change in the future? Estimates of cloud market share are highly variable, with one of the biggest challenges being that different providers report different products and services in the “cloud” revenue category. As a result, exact figures and longitude changes need to be treated with skepticism. Microsoft Azure and Google Cloud, however, are likely to take market share from AWS simply because AWS has had such a leadership position with relatively little competition for so long.

The cloud market is estimated to continue growing, raising the revenue of all cloud providers regardless of rank. Some estimates put global annual cloud revenue up by a third compared with last year. The rising tide of cloud adoption will raise all boats. AWS is likely to dominate for the foreseeable future, not only in revenue but also in users’ hearts and minds due to its huge head start over its competitors. 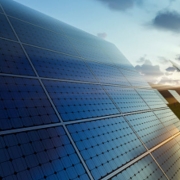 Getty Renewed Pressure for Renewables to Power the Data Center 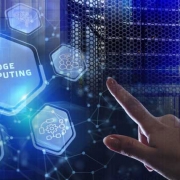 Myths and Misconceptions Regarding the Uptime Institute’s Tier Certification System 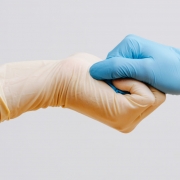