We have all seen big headline stories for years about overseas network hackers who are able to extract millions of account details and social security numbers from the retail, financial and a litany of other industries. And Hollywood has done a great job of painting the picture about bad guys physically breaking into data centers to steal information making them rich men overnight. But a less considered situation is the one the fits somewhere in the middle: online hacking of the the physical data center itself. And the reality of what this hacking entails, lies somewhere between what you see in the Hollywood movies and those stories heard around your water-cooler being shared between your IT staffers. Data Center hacking is real, occurs nearly every day, and goes far beyond downloading customer data which shows up on the evening news. And in many cases, it may not even be noticed for days, weeks or years!

Every organization needs to be aware of all of the ways in which their business can be compromised. In fact, now more than ever they need to take all of these threats seriously as their company’s core business is transforming to be digital. Every process and asset is represented digitally. Workflows and actions are defined digitally.  Building systems and energy usage is managed digitally too. And all of this access is connected to systems in the data center. Get into the data center logically or physically and a person can wreak havoc throughout an entire organization. 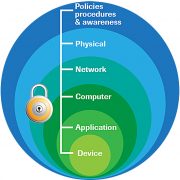 But let’s focus on the here and now; the ground level reality of what this all means and how it happens…

It actually started quite innocently. Over the years, manufacturers realized that hardwired RS232/RS485 and other proprietary control wiring interfaces were a dead end, so they turned to open systems approaches and added IP access to their infrastructure control devices. This open connected approach simplified the systems design and integrations needed for desired results. As such, nearly every company has now placed the vast majority of their infrastructure control systems on company intranets. The air conditioning, the power distribution systems, the security cameras, ID readers and door access. Yup, its now all digital and all IP controlled on the network. And its easy to see the huge upside possible for efficiency and intelligence, but the downside is that essentially anyone with access to the systems or network can turn all of these systems on and off, wipe security footage, and unlock doors.

So why has this gone unnoticed? We publicly hear about the security breaches that result in the bad guys gathering sensitive customer data because it affects us all. But all of the other breaches are mostly invisible to the public. Who really cares about a breach that simply shuts off the air-conditioning in the data center? Or the breach that unlocks all of the perimeter doors and allows criminals to wander around? Or the one that turns off the security cameras where your diesel generator fuel is stored? And these types of hacking aren’t just invisible to the public, but in many cases the executive team as well.

So how did we get here? This situation is very different than in decades past, since most of the people responsible for these control systems are not accustomed to worrying about such ‘invisible’ security risks. Many of these folks still think about bigger padlocks rather than firewalls. They think about taller fences and night-vision cameras. The very idea that all of those physical/mechanical systems can be useless when a hacker “rides the wire” is hard to imagine for many of them.

And it all starts with policy and procedure. A huge percentage of the hacking we hear about today actually originates from good people that HAVE AUTHORIZED ACCESS into the data center to do their regular jobs. What? Good people hack? Well, not intentionally. Regularly, data center operators plug in flash drives that they used at home, which have become infected. And as bad as that sounds with operators, higher-level technicians who have access to deeper or more strategic systems can do the same thing, unintentionally releasing a storm! They walk into into a data center to work on some type of control system and the first they do is connect THEIR laptop to the systems. That first hop is essential to any bad guy hack, so policies that prevent these types of common ‘innocent’ practices can offer huge reductions in risk and incidents.

Its hard to comprehend the true cost of physical systems that have been hacked. Security cameras that protect millions of dollars of capital and other assets can be compromised enabling theft. Cooling systems can be switched off for a mere few minutes taking down entire data centers with hundreds of millions of dollars of equipment and all of the lost business and valuation that goes with massive downtime. And this hacking isn’t even focused on the customer data breaches are all hear about every month.

So for 2018, commit to a top to bottom assessment of how you fare in this security framework. You likely already have lots of people focused on the Network and Server portions of security, but I would suspect that you have far fewer people working at the very top (policy and physical) or the very bottom (application and Device) of the security framework we are discussing. 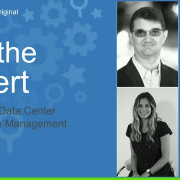 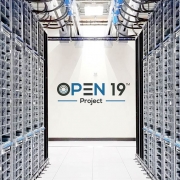 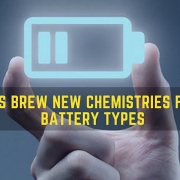 How Edge Computing Is Transforming IT Infrastructure
Scroll to top