Direct liquid cooling (DLC) is a collection of techniques that removes heat by circulating a coolant to IT electronics. Even though the process is far more efficient than using air, the move to liquid cooling has been largely confined to select applications in high-performance computing to cool extreme high-density IT systems. There are a few examples of operators using DLC at scale, such as OVHcloud in France, but generally DLC continues to be an exception to the air cooling norm. In a survey of enterprise data center operators in the first quarter of 2022, Uptime Institute found that approximately one in six currently uses DLC (see Figure 1).

Uptime Institute Intelligence believes this balance will soon start shifting toward DLC. Renewed market activity has built up around DLC in anticipation of demand, offering a broader set of DLC systems than ever before. Applications that require high-density infrastructure, such as high-performance technical computing, big data analytics and the rapidly emerging field of deep neural networks, are becoming larger and more common. In addition, the pressure on operators to further improve efficiency and sustainability is building, as practical efficiency gains from air cooling have run their course. DLC offers the potential for a step change in these areas.

Yet, it is the evolution of data center IT silicon that will likely start pushing operators toward DLC en masse. High-density racks can be handled tactically and sustainability credentials can be fudged but escalating processor and server power, together with the tighter temperature limits that come with them, will gradually render air cooling impractical in the second half of this decade.

Air cooling will be unable to handle future server developments without major compromises — such as larger heat sinks, higher fan power or (worse still) the need to lower air temperature. Uptime believes that organizations that cannot handle these next-generation systems because of their cooling requirements will compromise their IT performance — and likely their efficiency— compared with organizations that embrace them (see Moore’s law resumes — but not for all).

While the future need for scaled-up DLC deployments seems clear, there are technical and business complexities. At the root of the challenges involved is the lack of standards within the DLC market. Unlike air cooling, where air acts both as the standard cooling medium and as the interface between facilities and IT, there is no comparable standard coolant or line of demarcation for DLC. Efforts to create some mechanical interface standards, notably within the Open Compute Project and more recently by Intel, will take years to materialize in product form.

However, the DLC systems that are currently available have evolved significantly in recent years and have become easier to adopt, install and operate. A growing number of DLC production installations in live environments are providing vendors with more data to inform product development in terms of reliability, ease of use and material compatibility. Crucially, a patchwork of partnerships between IT vendors, DLC technology providers and system integrators is growing to make liquid-cooled servers more readily available.

Uptime has identified six commercially available categories of DLC systems (three cold plates and three immersion) but expects additional categories to develop in the near future:

There are more than a dozen specialist vendors that actively develop DLC products, typically focusing on one of the above system categories, and numerous other ones have the capability to do so. Each category has a distinct profile of technical and business trade-offs. We exclude other systems that bring liquid to the rack, such as rear-door heat exchangers, due to their reliance on air as the medium to transfer heat from IT electronics to the facility’s cooling infrastructure. This is not an arbitrary distinction: there are major differences in the technical and business characteristics of these systems.

Uptime’s research indicates that most enterprises are open to making the change to DLC, and indeed project considerable adoption of DLC in the coming years. While the exact profile of the uptake of DLC cannot be realistically modeled, Uptime considers there to be strong evidence for a general shift to DLC. The pace of adoption, however, will likely be constrained by a fractured market of suppliers and vendors, organizational inertia — and a lack of formal standards and components.

Check out this DLC webinar for more in-depth insights on the state of direct liquid cooling in the digital infrastructure sector. The full Intelligence report “The coming era of direct liquid cooling: it’s when, not if” is available exclusively to Uptime Institute members. Learn more about Uptime Institute Membership and request a free guest trial here. 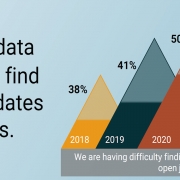 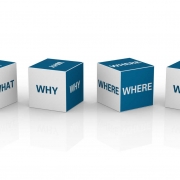 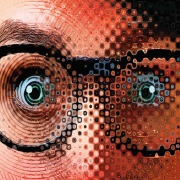 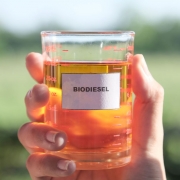