Josh, can you tell me more about Metronode and its facilities?

Griggs, Metronode managing director: Metronode was established in 2002. Today we operate 10 facilities across Australia. Having designed and constructed our data centers, we have significant construction and engineering expertise. We also offer services and operational management. Our Melbourne 2 facility was the first Uptime Institute Tier III Certified Constructed Facility in Australia in 2012, and our Illawarra and Silverwater facilities were the first in the Asia Pacific region to be Tier III Gold Certified for Operational Sustainability by Uptime Institute. We have the most energy-efficient facilities in Australia, with a 4.5 National Australian Built Environment Rating System (NABERS) rating for data centers.*

We have two styles of data center. Generation 1 facilities are typically closer to the cities and have very high connectivity. If you were looking to connect to the cloud or for backup, the Gen 1’s fit that purpose. As a result, we have a broad range of clients, including multinationals, local companies, and a lot of government.

We are engineered for predictability. Our customers rely on us for critical environments. This is one of the key reasons we went through Uptime Institute Certification. It is not enough for us to say we designed, built, and operate to the Tier III Standards; it is also important that we verify it. It means we have a Concurrently Maintainable site and it is Operationally Sustainable.

Tell me about the relationship between the NSW government and Metronode.

Paterson, DFSI: A big part of my role at DFSI is to consolidate agencies’ legacy data center infrastructure into two strategic data centers owned and operated by Metronode. Our initial objective was to consolidate more than 130 data centers into two. We’ve since broadened the program to include the needs of local government agencies and state-owned companies.

When you look across the evolving landscape of requirements, Metronode was best equipped to support agency needs of meeting energy-efficiency targets and providing highly secure physical environments, while meeting service level commitments in terms of overall uptime.

Are these dedicated or colocation facilities?

Paterson, DFSI: When Metronode sells services to the private sector, it can host these clients in the Silverwater facility. At this point, though, Silverwater is 80% government, and Illawarra is a dedicated government facility.

What drove the decision to earn the Tier III Certification of Operational Sustainability?

Paterson, DFSI: We wrote the spec for what we wanted in regards to security, uptime, and service level agreements (SLA). Our contract required Metronode’s facilities to be Tier III Certified for design and build and Tier III Gold for operations. We benefited, of course; however, Metronode is also reaping rewards from both the Tier III Certification of Constructed Facility and Tier III Gold Certification of Operational Sustainability.

Griggs, Metronode managing director: Obviously the contractual requirement was one driver, but that’s not the fundamental driver. We needed to ensure that our mission critical environments are always operating. So Operational Sustainability ensured that we have a reliable, consistent operation to match our Concurrently Maintainable baseline, and our customers can rely on that.

Our operations have been Certified and tested in a highly rigorous process that ensures we had clear and effective process documented and the flow charts to enable the systems maintenance, systems monitoring, fault identification, etc. The Tier III Gold Certification also evaluates the people side of the operation, including skill assessment, acquisition of the right people, training, rostering, contracting, and the management in place as well as continuous improvement.

In that process, we had to ask ourselves if what we were actually doing was documented clearly and followed by everybody. It reached across everything you can think of in terms of operating a data center to ensure that we had all of that in place.

There are only 23 facilities in the world to have this Certification and only two in the Asia Pacific, which demonstrates how hard it is to get. And we wanted to be the best.

Glenn, how did you respond when you learned about DFSI’s requirement for Tier III Gold Certification of Operational Sustainability?

Aspland, Metronode senior facility manager: I thought this is fantastic. Someone has actually identified a specific and comprehensive set of behaviors that can minimize risk to the operations of the data center without being prescriptive.

When I was handed the Operational Sustainability assignment, the general manager said, “This is your goal.” From my point of view—operations has been my career, it was a fantastic opportunity to turn years of knowledge into something real. Get all the information out, analyze and benchmark it, find the highs and lows, and learn why they exist. For me it was a passion.

I was new to the company at that point and the process started that night. I just couldn’t put the Tier materials down. I was quite impressed. After that, we spent 2-3 months organizing meetings and drilling into what I felt we needed to do to to run our data centers in an Operationally Sustainable manner.

And then we began truly analyzing and assessing many of the simple statements in the briefing. For example, what does “fully scripted maintenance” mean?

What benefits did Metronode experience?

Paterson, DFSI: Metronode’s early deployments didn’t use Bladeroom, so this was a new implementation and there was a lot to learn. For them to design and build these new facilities at Tier III and then get the Tier III Gold Certification for Operational Sustainability showed us the rigor and discipline the team has.

Did the business understand the level of effort?

Aspland, Metronode senior facility manager: Definitely not. I had to work hard to convince the business. Operational Sustainability has put operations front and center. That’s our core business.

One of the biggest challenges was getting stakeholder engagement. Selling the dream.

I had the dream firmly in my mind from reading the document. But we had to get busy people to do things in a way that’s structured and document what they do. Not everyone rushes to that.

Practically, what did “selling the dream” require?

Aspland, Metronode senior facility manager: The approach is practical. We have to do what we do, and work through it with all the team. For instance, we did training on a one-on-one basis, but it wasn’t documented. So we had to ask ourselves: what do we teach? And then we have to produce training documents. After 12 months, we should know what we do and what our vendors do. But how do we know that they are doing what they are supposed to do? How do we validate all this? We have to make it a culture. That was probably the biggest change. We made the documents reflect what we actually do. Not just policy words about uptime and reliability.

Are there “aha” moments?

Aspland, Metronode senior facility manager: Continually. I am still presenting what we do and what we’ve done. Usually the “aha” happens when someone comes on site and performs major projects and follows detailed instructions that tell them exactly what to do, what button to punch, and what switchboard and what room. And 24 hours later, when they’ve relied on the document and nothing goes wrong, there’s the “aha” moment. This supported me. It made it easy.

How do you monitor the results?

Aspland, Metronode senior facility manager: We monitor our uptime continually. In terms of KPIs, maintenance fulfillment rates, open jobs every week, how long are they open. And every 2 months, we run financial benchmarks to compare to budget.

Our people are aware that we are tracking and producing reports. They are also aware of the audit. We have all the evidence of what we’ve done because of the five-day Operational Sustainability assessment.

For ISO 27001 (editor’s note: ISO information security management standard), what they are really doing is checking our docs. We are demonstrating that all our maintenance is complete and it’s document based, so we have all that evidence and that’s now the culture

What do you view as your competitive advantage?

Griggs, Metronode managing director: You can describe the Australian market as a mature market. There are quite a few providers. At Metronode, we design, build and operate the most secure and energy-efficient, low PUE facilities in the country, providing our customers with high-density data centers to meet their needs, both now and in the future.

Recognized by NABERS for data center energy efficiency with the highest rating of 4.5, we are also the only Australian provider to have achieved Uptime Institute Tier III Gold Certification for Operational Sustainability.  There is one other national provider that looks like us. Then you have local companies that operate in local markets and some international providers have one or two facilities and operate with international customers that have a presence in Australia.

The Tier III Gold Certification and NABERS rating are important, because there are some outlandish claims about PUE and Uptime Institute Certification—people who claim to have Tier III facilities without going through the process of having that actually verified. Similarly, we believe the NABERS rating is becoming more important because of people making claims that they cannot achieve in terms of PUE.

Finally, we are finding that people are struggling to forecast demand. Because we are able to go from 1 kW/rack up to 30 kW, our customers are able to grow within their current footprint. Metronode has engineered Australia’s most adaptive data center designs, with an enviable speed to build in terms of construction. That ability to grow out in a rapid manner means that we are able to meet the growing requirements and often unforeseen customer demand.

* NABERS is an Australian rating system, managed nationally by the NSW Office of Environment and Heritage on behalf of federal, state, and territory governments. It measures the environmental performance of Australian buildings. 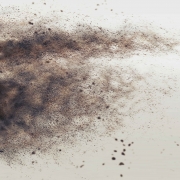